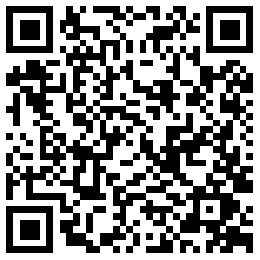 What are the main functions and principles of vacuum packaging bags

The main function of vacuum bag is to remove oxygen, wh […]

The main function of vacuum bag is to remove oxygen, which is helpful to prevent food from spoilage. Its principle is also relatively simple. The spoilage of food due to mildew is mainly caused by the activities of microorganisms, and the survival of most microorganisms requires oxygen, and vacuum packaging is to use this principle to pump out the oxygen in the packaging bag and the food cells, so that the micro objects lose the "living environment".
Vacuum packaging bag can not inhibit the propagation of anaerobic bacteria and the deterioration and discoloration of food caused by enzyme reaction, so it needs to be combined with other auxiliary methods, such as cold storage, quick freezing, dehydration, high temperature sterilization, irradiation sterilization, microwave sterilization, salt curing, etc. In addition to inhibiting the growth and propagation of microorganisms, another important function of the micro crane is to prevent food oxidation. Because there are a large number of unsaturated fatty acids in oil and fat foods, they are oxidized by oxygen, which makes the food taste and deteriorate. Oxidation also makes vitamin A and C loss. The unstable substances in food pigments are affected by oxygen, which makes the color dark. Deoxidization can effectively prevent food oxidation Stop food deterioration and maintain its color, fragrance, taste and nutritional value.
Vacuum inflatable packaging has the function of deaeration and quality assurance. After vacuum inflatable packaging, the air pressure inside the packaging bag is greater than that outside the packaging bag, which can effectively prevent the food from being crushed under pressure without affecting the appearance of the packaging bag and the printing decoration.
The vacuum gas filled package is filled with nitrogen, carbon dioxide, oxygen or a mixture of two or three gases after vacuum. The nitrogen is an inert gas, which plays a filling role and keeps a positive pressure in the bag, so as to prevent the air outside the bag from entering the bag and play a protective role for the food. Its carbon dioxide can be dissolved in fat or water and lead to weak acid carbonic acid, which has the activity of inhibiting microorganisms such as molds and putrefactive bacteria. Its oxygen can inhibit the growth and reproduction of anaerobic bacteria, keep fruits and vegetables fresh and colorful, and high concentration of oxygen can keep fresh meat bright red.